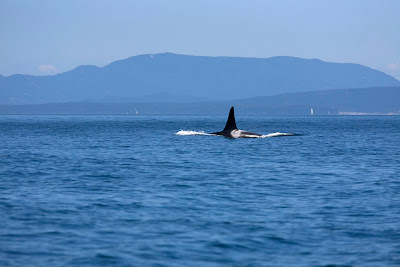 Orcinus orca, the scientific name of the orca or killer whale. It means something like the creature from hell. 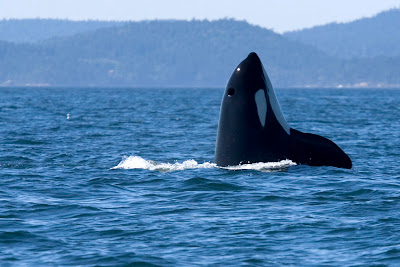 If I am not mistaken, this is Ruffles. He is the oldest male (they say 60 years old) of the pod. He is called Ruffles for the shape of his dorsal fin (see next picture). 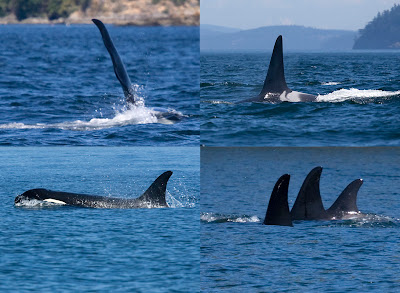 Our captain knew the orca’s by heart because of the form of their dorsal fin. The upper left orca is Ruffles. 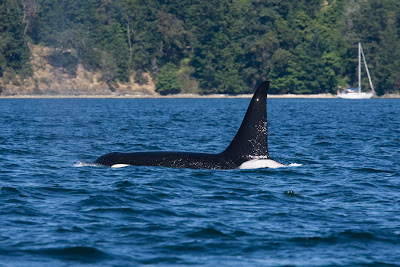 This is a male from a resident group of more than 50 orca’s. 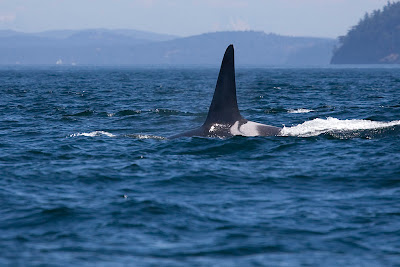 Resident orca’s hunt mostly for salmon. Transient orca’s are the ones hunting whales. 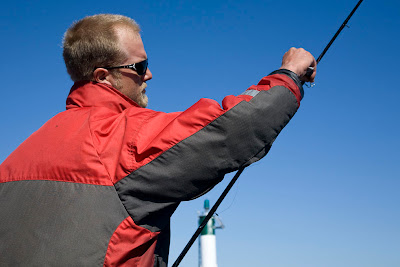 We had a wonderful trip on a zodiac with a captain that knew – as he said and did – when to shut up. Just what I like: I want to enjoy them in all quietness.
For some free advertising: www.emeraldsea.ca

The captain trying to catch salmon to lure a bald eagle. 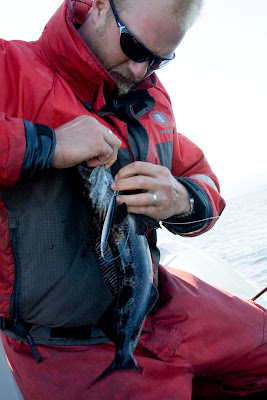 He did catch a lingcod, Bassozetus elongatus, that he released. No good for luring a bald eagle. 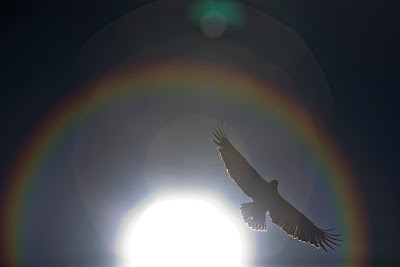 The bald eagle.
No comments: 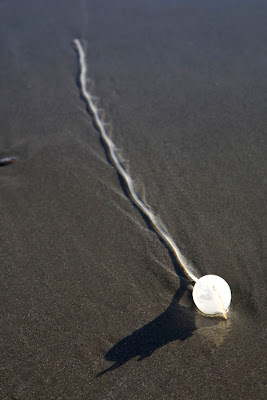 What’s this? It looks like a light bulb. Emitting light without an energy source? It will all be revealed in the next picture. 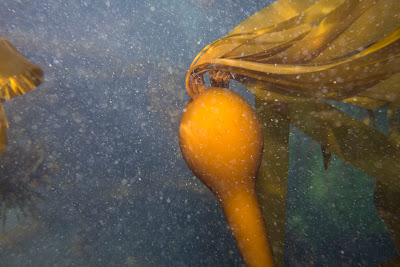 It is bull kelp (Nereocystis luetkeana). This brown seaweed can grow up to 20 m and even to 36 m in deeper water. It has a very large stipe (‘whip’), which is anchored to the bottom with a holdfast. The first picture is a stranded and bleached bull kelp. 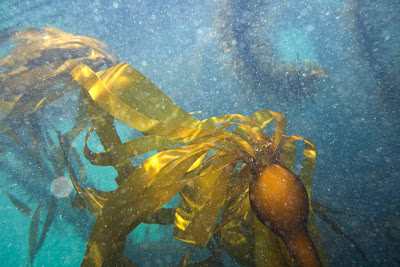 Bull kelp can withstand very strong waves and it functions like a breakwave. Snorkeling in a bed of bull kelp, especially when there’s a lot of surf, can be very annoying. I got entangled in the weed, had to protect my camera gear and had to deal with a water temperature of 10 degrees Celsius (and I am using a wetsuit). Not for the first time: it made me seasick! 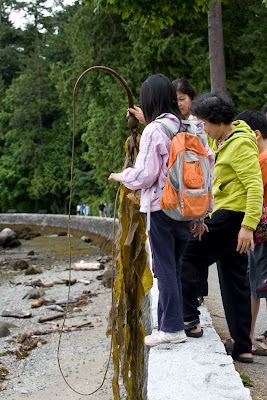 It’s also called bullwhip kelp. I think a better name, however what about the bull? In New Zealand there’s also a brown weed called bull kelp, but it is not at all the same species. I know it is important to have a name for an animal or plant in your own language, but I thank Linnaeus for the way he has given Latin names. 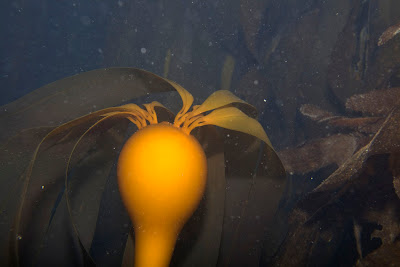 The flask shaped object, called a pneumatocyst, is filled with carbon monoxide and makes the bull kelp float. 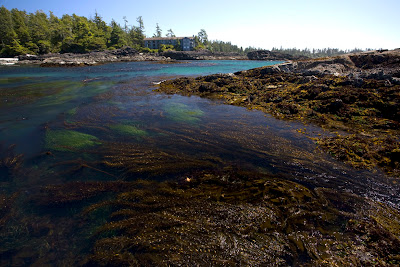 A look at the rocky coast at Tofino covered in seaweeds. 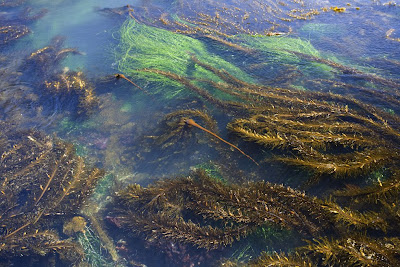 Snorkeling between these weeds is like a walk in very dense forest. By now you will recognize the bull kelp. The other brown weed is feather boa kelp (Egregia menziesii). It takes a bit of fantasy, but I like its name. 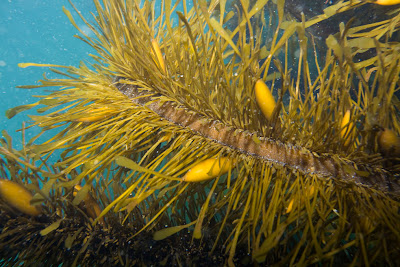 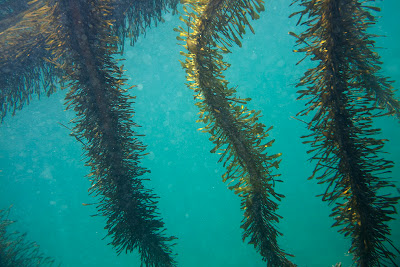