I skip a post about a few species of fish of Vancouver Island for now, as I want to show you some very beautiful worms (yes worms!). But while writing and selecting photo's I realized I haven't shown and described the landscape. And there is one man made structure I need to show you before the post about worms, because this structure creates the environment in which these animals thrive. It is also a justification to show some more 'seascapes'.

I took the first photo's of this post on the ferry from Tsawwassen (mainland) to Schwartz Bay (near Victoria, Vancouver Island). The weather forecast said sunny. It wasn't sunny at all, but I enjoyed the misty and grey weather. To see tiny islands popping up in the mist, like Atlantis the other way round. 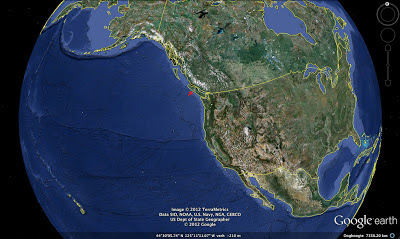 If you don't know where to find Vancouver Island have a look at these Google Earth-maps.

You can see how narrow the Johnstone Strait is and it doesn't take a lot of imagination to understand how fierce the tidal current can be. 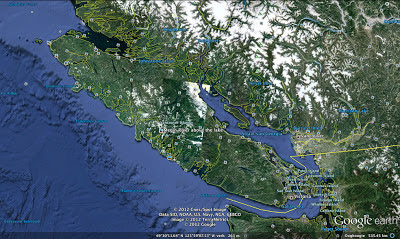 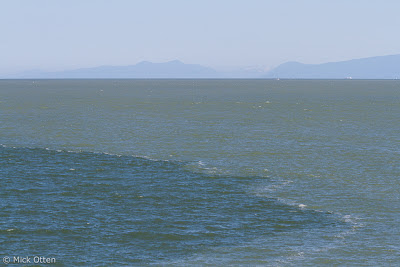 Both our journeys to and from Vancouver Island we saw a sharp-edged barrier between muddy and clear(er) water. This was at a distance of a few hundred meters from islands in front of the main island. I have no idea what caused it, but I was glad that at my dives the water wasn't as drabby as the dominant stream!

It was difficult to find a nice spot to stay for the first night in our camper van. All spots had a sign: no camping from dusk to dawn. Very different from Newfoundland. At 8.00 PM we found - at last - a nice place. See the lovely view. But after a while we were ordered to get out. It appeared to be a first nations reserve...

The last week we stayed at Rock Bay and this was our view. 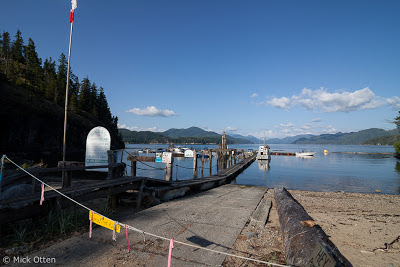 Rock Bay itself: a small natural bay, here at high tide. There is a boat ramp and a jetty. The jetty is made (mostly) of wood and is floating on huge blocks of styrofoam! It is simple but does the job. 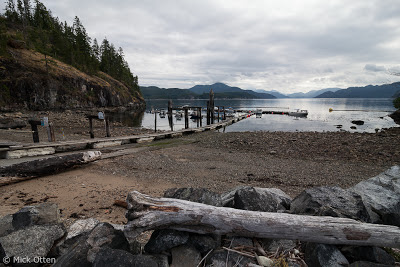 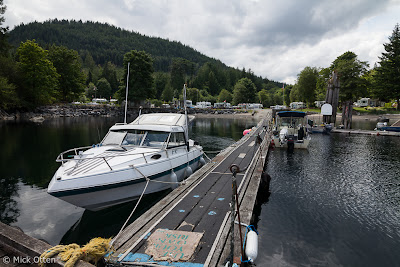 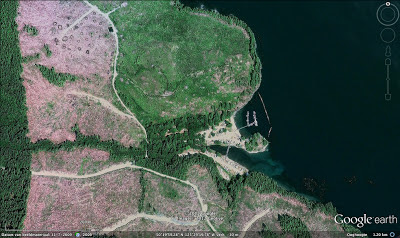 A Google Earth-map of Rock Bay. You can see the jetty and the floating tree trunks, which protect the bay; my dive boundary. In the olden days it was a small village with a hospital and 1.500 inhabitants, owned by a tree logging firm. Now it is a camp site with no water or electricity but with very nice and hospitable people. And still owned by a tree logging firm. As Wayne told me: Rock Bay is for sale with a huge amount of woodland for just 1,2 million Can $. But for the same price you can buy the island at the other side of the strait. An island of your own.... Unimaginable in the Netherlands. 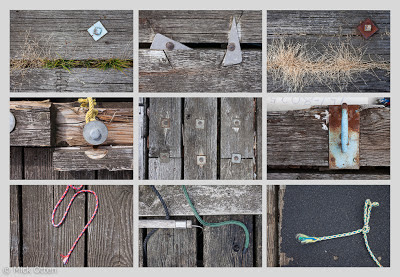 The boardwalk is a mess, but I like it: it's very photogenic. 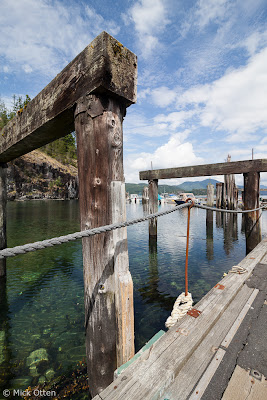 Still existing: wooden base of the former railway. 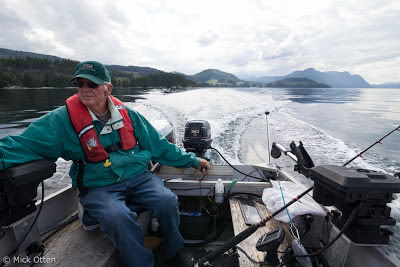 I already mentioned Wayne. He and Linda were our very hospitable and friendly neighbors. 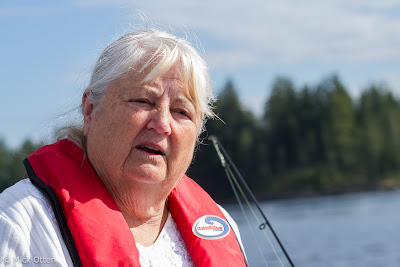 They had their own boat and frequently went out to catch a fish for dinner. They took us on a fishing trip and tried to teach us how to fish. We were no good but enjoyed the trip. 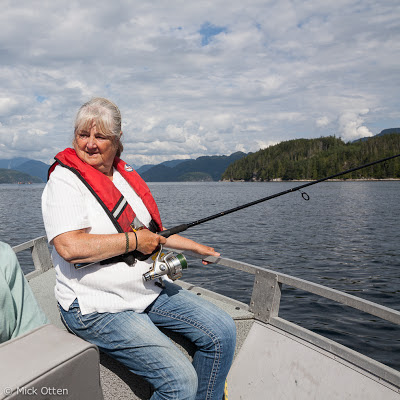 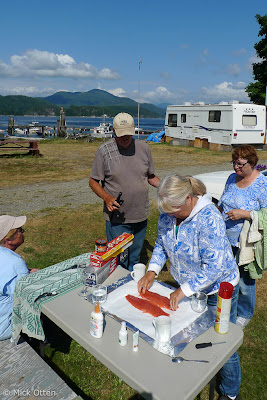 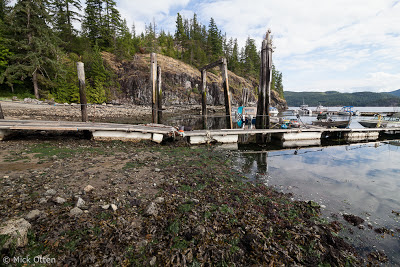 Wayne told me the logging firm is going to replace the jetty. They were glad but I am not. Why? That will be revealed in my next post.
3 comments: