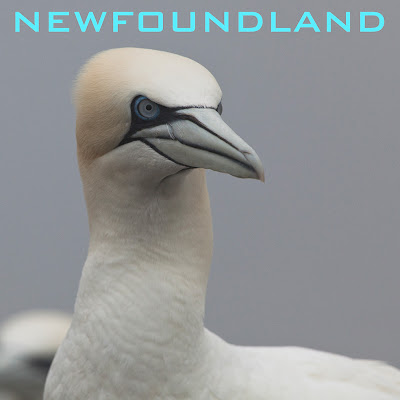 Last summer my wife and I went for Newfoundland for four weeks. To see the whales, seabirds and other marine life. And to visit our friends Paul and Sandra Dolk, who live on this island for nearly 3 months every year. This island is almost as large as Iceland and located at the east coast of Canada.

Ferryland
I wasn't sure what to expect from the marine life of Newfoundland. I have a lot of excellent books about the abundant marine life of the west coast of Canada. See the very first posts on my blog about Vancouver Island (2008). But I have only one - a bit outdated - guide of the east coast: Atlantic Seashore, Peterson Field Guides, by K.L. Gosner, 1978 (ISBN 061800209X).
Jacques Cousteau famed the marine life of Vancouver Island. I have never heard him talk about the east coast. Both signs on the wall? Uh, yes. 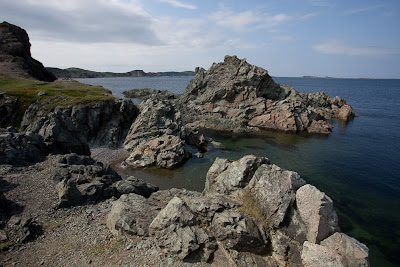 Durrell (vicinity)
Not that I made an extensive study of the marine life of the island. But I had a few snorkeling trips and searched the shores for life at ebb tide. It was quite barren.
Another example? The visitor centre at Terra Nova National Park had a few aquariums with marine life. Just as the aquarium at Ucluelet, Vancouver Island. At Ucluelet all I was 'saying' was oh's and ah's because of the abundance of (new) species. As you understand by now, that wasn't the case at Terra Nova.
Maybe the colder climate - frost, ice shelves and icebergs - is due to this. I can see iceshelves and icebergs eroding all marine life where they are massive and big enough. So, Newfoundland is no good? Not at all: as the title of this post shows, it is more of less. The marine life is abundant in figures but not in species. 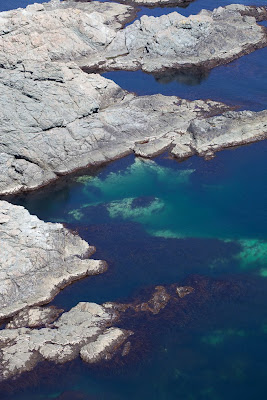 Longpoint Lighthouse
This post and the next I will give you a glimpse of the marine life of Newfoundland. About the seashores, my snorkeling trips, the magnificent seabirds and the giant whales.
Let's begin with the shores. As is obvious in the previous and following pictures the beautiful shoreline is mostly rocky and partly covered with species of brown seaweeds. 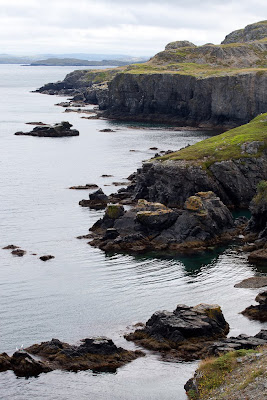 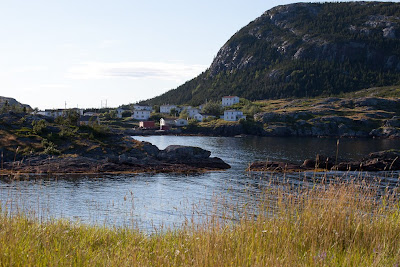 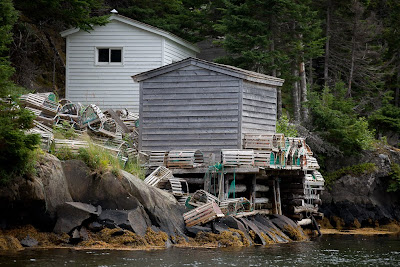 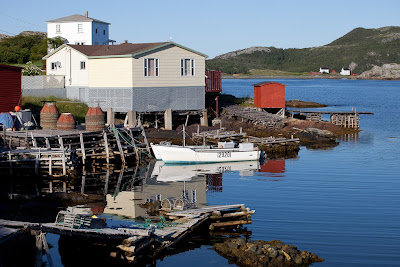 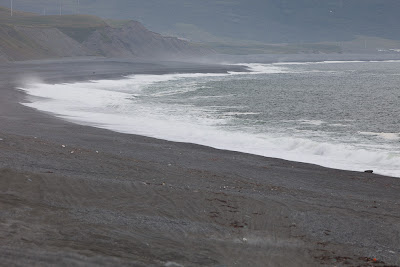 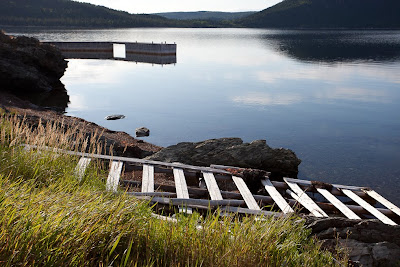 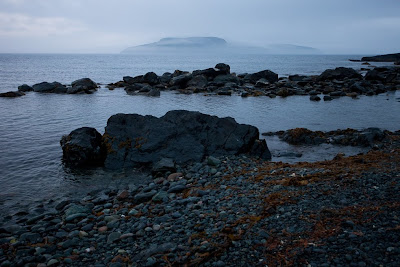 Bauline East
and a lot of beaches with pebbles. As a landscape it is an amalgam of New Zealand, Scotland, Norway and Bretagne (France). Quite a compliment! In richness of species these countries and regions are the opposite of Newfoundland...
A pebble beach is one of the worst habitats for marine life. Due to the pebbles and exposure to waves and currents everything is grinded to pulp. 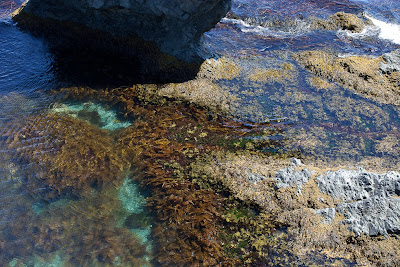 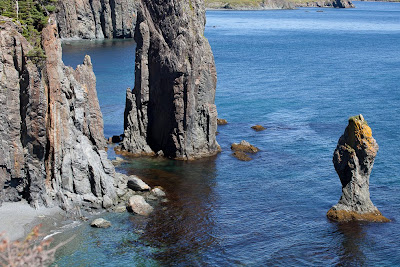 Skerwink Trail
Unfortunately you need a boat to get there.
2 comments: Links naar dit bericht