The Lewis's moonsnail and other shells 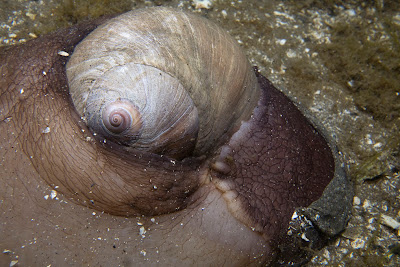 This is the Lewis's moonsnail (Euspira lewisii). It lives in and on sand where it preys on bivalves like the Pacific gaper (Tresus nuttallii) and other bivalves. I saw this beautiful snail at Deep Cove bay, Vancouver Island. 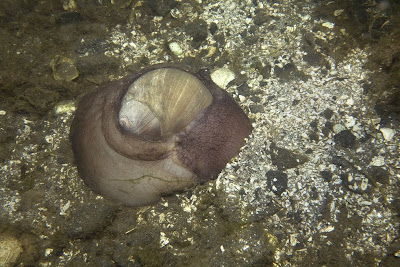 It’s the biggest moonsnail I have ever seen: up to 14 cm across, shell only. 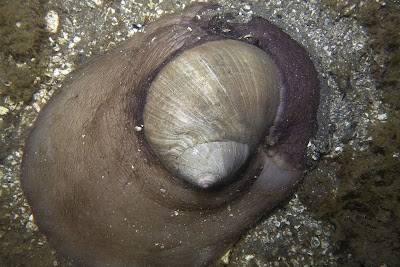 It grasps its prey with its sticky foot. Then he drills a hole in it, pours an acid in the shell that dissolves the weak tissue of the bivalve. Then he sucks it up.
The moonsnail has a gigantic foot: as you can see the foot is much bigger than the shell itself. For those who do not realise: the shell is the external skeletal structure of this animal (as our internal bones). 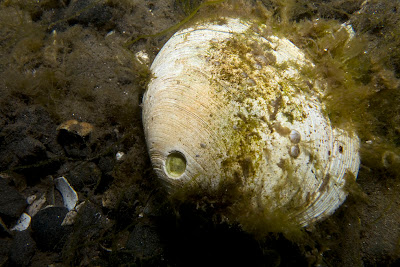 Here you see a shell that has an unfinished hole in it. It was attacked by a moonsnail. But he stopped drilling. Maybe because he realized it was already empty? Or he had to leave it because of an approaching sunflower star? In the Netherlands we frequently find bivalves with two, three or more - sometimes unfinished - holes. 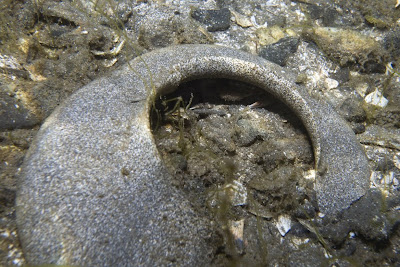 This thing that looks like a broken vase are eggcases of the Lewis’s moonsnail. You can see a helmet crab hiding under the eggcases. 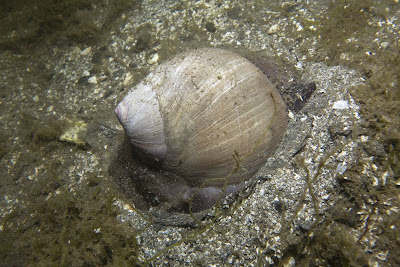 After portraying for a few pictures the Lewis’s moonsnail decided he had enough of me and, using his foot as a plough, dug himself in the sand. They frequently go ‘underground’ in search for prey. 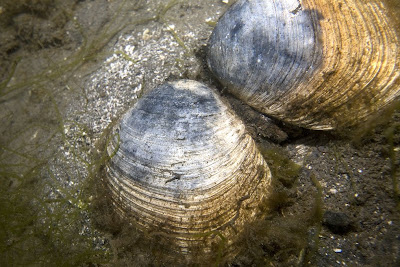 The shell of the Pacific gaper (Tresus nuttallii). 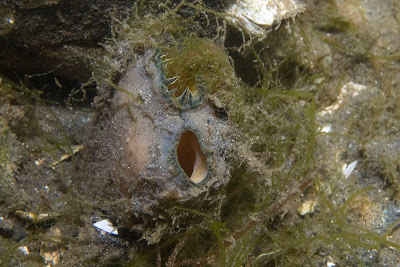 This is the siphon, a retractable tube like organ, of the Pacific gaper. With the upper tentacled part he inhales water for food (plankton) and oxygen. With the other - lower - part he emits the 'waste water'. Now you understand why the moonsnail has to dig himself in to search for this kind of prey.
No comments: